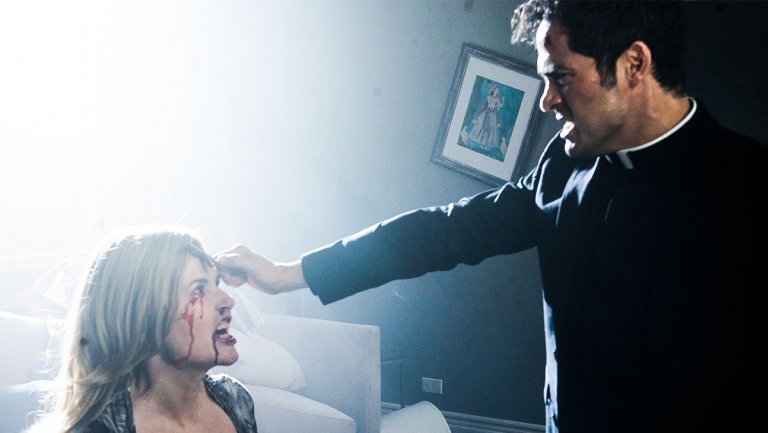 Fox’s The Exorcist will look and feel considerably different when the genre drama returns for its second season in the fall.

When the originally perceived movie-to-TV adaptation premiered in 2016, the series faced an uphill battle with critics and diehard horror fans alike. Throughout its 10-episode run, the Geena Davis starrer was able to carve out decent viewership which, paired with being produced in-house at 20th Century Fox Television, helped score a renewal. Helping matters was The Exorcist’s dedicated fan base, which enjoyed twisty storytelling like episode five’s “Through My Own Grievous Fault,” when Davis’ Angela Rance revealed to have really been Regan MacNeil (Linda Blair) all along. That shocker solidified The Exorcist as a direct sequel to William Friedkin’s 1973 film and not a dime-a-dozen TV reboot.